How Far Do You Hit The Golf Ball?

How Far Do You Hit The Golf Ball?

Do You Need To Go With One More Club?

The picture below speaks volumes.  The image shows the dispersion of shots from 160 yards for the Average Male Amateur (AMA) golfer.  For definition purposes the AMA is described as a player with a handicap of 14 or 15, there is no age range for this player.  The dispersion chart was created by Trackman from information taken from over 10,000 golfers completing the Trackman Combine.   The green balls indicate shots that have hit an average sized green the red balls are ones that have missed the green.  It is easy to see how the majority of balls missing the target have come up short, between 10 and 30 yards short in fact. 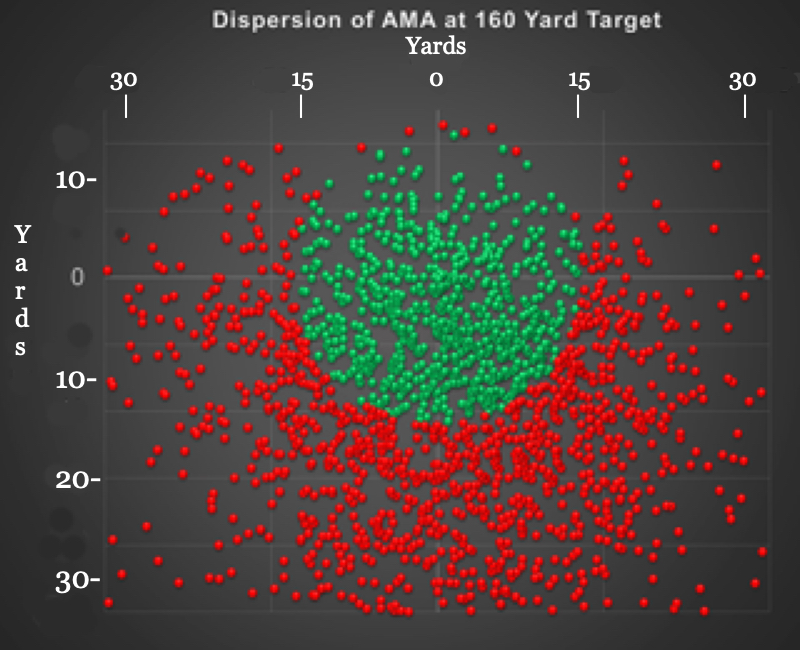 Let’s make a quick assumption here for the purpose of our “extra club” theory.  Let’s say that by taking an extra club for example using a 5 iron instead of a 6 iron the golfer would hit their shot 10 yards further.  I’ve adjusted the image to help up picture how different the dispersion graph would look if that were the case.   You can see that a number of the green balls, shots that would have landed on the green get knocked out of the top of the ring (off the green) because with the additional 10 yards they would now miss the green long but the number of shots that get moved up into the ring (on the green) that would have come up short when using less club more then make up for the few that are now long. 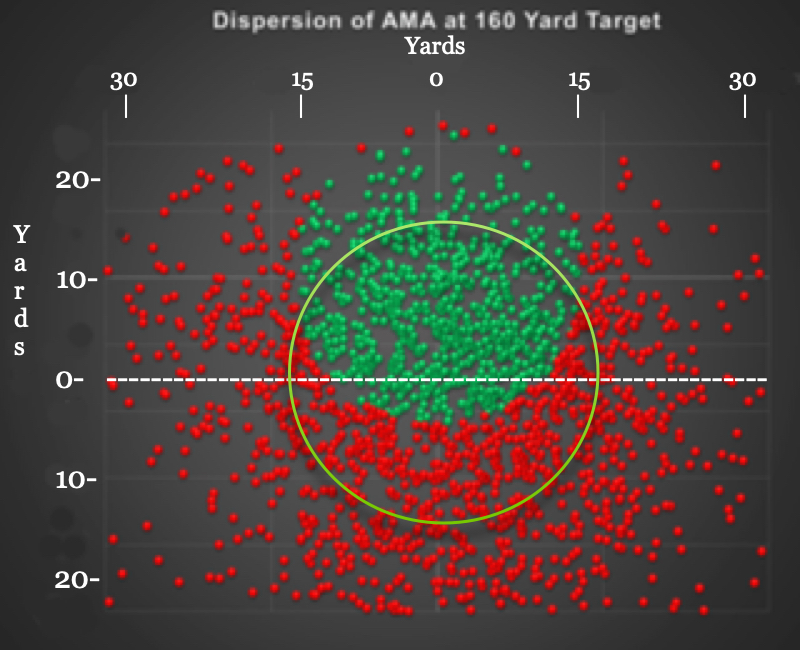 Mark Broadie author of the book “Every Shot Counts” is widely considered the guru of golf metrics and his analysis of statistics from over 10 years and 100,000 golfers shows among other things that distance from the hole on approach shots is a key determining factor on what a player’s score is going to be on a given hole.  The addition of 10 yards onto an approach shot results in a larger percentage of shots actually hitting the green as opposed to coming up short with the added bonus of more shots ending up closer to the hole.  You can easily see how your scores would come down if on 3 or 4 holes per round you were leaving yourself with a 30 foot putt as opposed to still having to pitch onto the green not to mention for the balls that did miss the green short you now have a shorter pitch shot which should mean that you pitch it closer to the hole and in turn lower how many putts it takes to get the ball into the hole.

This is “Low Hanging Fruit” indeed.  No swing changes, no lessons, no strength and flexibility exercises simply lower scores by just taking an extra club.  Most of us have heard the advise before of taking an extra club and swinging easy but until it is presented in a way that paints a clear picture of just what benefits listening to that advise can yield we often ignore it.

So, this leads us back to answering the question asked in this blog title.  Do you know your carry distances for your irons?  Are you guessing or do you know that those numbers are accurate?  Be sure to make time to find out your yardages so you can put into practice better course management and better club selection during your round in order to shoot lower scores.