What Makes A Golf Swing “Good”?

Unfortunately it is not uncommon for a golfer to show up for a lesson and tell me that they want to start all over from the beginning.  This player has become so frustrated with the state of their golf game that they feel the best approach is to pack it all in and start from scratch.  Golfers don’t get to this point quickly, it doesn’t happen after just one bad shot or a couple of rounds, it is usually the end point after a considerable amount of time of struggle and failed attempts at getting things back on track by trying a multitude of tips passed on to them by their playing partners, golf articles or YouTube videos. 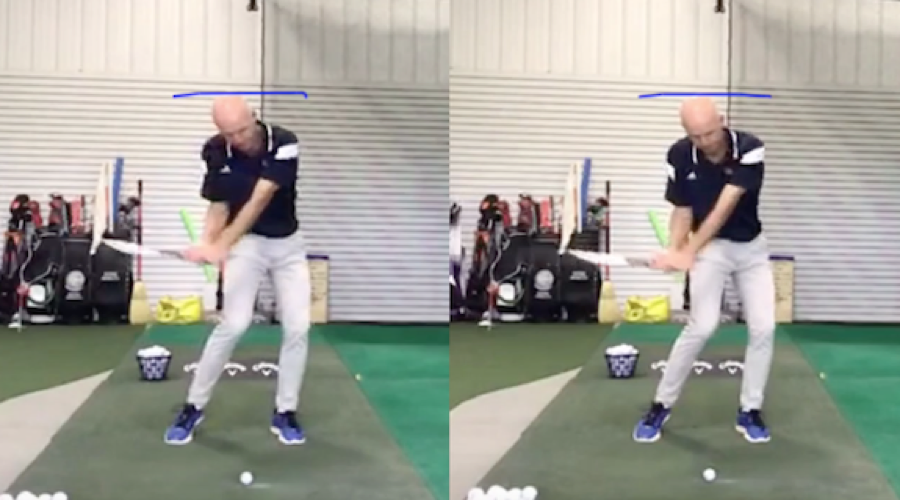 This is where things initially go wrong.  Golfers struggle to correctly identify the root issue with an undesired golf shot, they have difficulty picking out exactly what caused the outcome.

Example / Hit It Fat or Chunk It

Following a chunked/fat shot a golfer will often blame the undesired result on a variety of common misconceptions.

While there may be a correlation between Lifting Your Head and Chunking a Shot (the word “may” should be in bold caps here) there is no direct connection.   At best you are just hoping that Keeping Your Head Down will fix the real problem.

Think Closer To The Golf Ball

Often the most direct and successful correction is to think of what must have happened at the moment of impact.  With our example of a chunked/fat shot if we boil it down to the moment of impact then what we know for sure is that the Low Point of our Swing Arc was in the wrong place.  When we chunk a shot it was either because our Low Point happened too early or that our Low Point was too deep.  Instead of thinking about what we may have done wrong with our technique, lifted my head, swung too hard etc.., we can now focus on making a correction that we know has a direct connection to a better outcome.  Change my Low Point.

Being accurate with your Low Point takes precision and missing by even just an inch or two can have a substantial effect on the outcome of your shot.  Picture your club striking the turf two inches behind the golf ball, all the grass and dirt that gets trapped between the club face and the ball does not allow for solid contact resulting in a shot that loses considerable distance and does not feel very good.  The result of this shot was not because you made some horrific swing it was just because you missed your low point,  and not by very much actually.

In the video below I walk through two very similar swings and show how even the smallest difference can have dramatic results on the outcome of the shot.

During your round of golf you are going to experience all levels of success with your golf shots, maybe as dramatic as shown in the above video, maybe not. When you have inconsistency in the quality of your shots don’t be so quick to think that you have a technique problem and go down a path of trying to fix something in your swing. Your “problem” could be one of precision which can be improved while leaving your current technique alone. The “mistake” in the swing from the video was that the Low Point was too high so my club only barely clipped the top of the golf ball, the technique of the swing was capable of hitting a quality shot of about 160 yards which would have happened had that ball be on a tee, if I was in a fairway with the ball above my feet or if I would have simply gotten the club lower. The swing itself was absolutely fine and while it did not produce a desired result in this scenario it is not a motion I want to fix.

How To Improve Your LowPoint Control

The first video below shows the moment of impact of a well struck shot. The lowest point of the swing happens at or just after club impact with the golf ball.  I use baby powder to help with my intent and focus, my thoughts are on brushing the powder with my club not so much on hitting the ball.  The green tape a few inches behind the ball serves as a source of feedback in case I miss with the low point, if my low point is too early I will hit the green tape.

Here’s The Drill: Brush The Powder